A downloadable game for Windows

In this first-person action game, gather objects lying around with telekinesis, shoot them to fend-off enemies or craft your own golems to defend your Forge!

As an apprentice witch, you are tasked to watch the Forge of your Master, a whimsical place of chaos and power. Everything is going well when suddenly, a hord of ice creatures break the door and try to destroy the source of your power. To defend it, you can count on your magic and build your own army with the objects that surrounds you. Fight the waves and survive with your golems to protect the Forge!

This project is a student vertical slice done in 4 months within the ENJMIN. The demo shows the core mechanics of the game in an arena-type level.
As a bonus, we added an infinite mode where waves never stop, and a playground mode where you can design the most marvelous golems!

Cobble & Trouble is a first-person action game. You, as a witch, can use magical, telekinetic powers to create chaos, fend-off enemies, and craft an army of golems that fight for you. Each object has properties that will directly influence the golem, or add magic powers. Combine them, plan your defenses and shoot at anything that try to touch your forge! 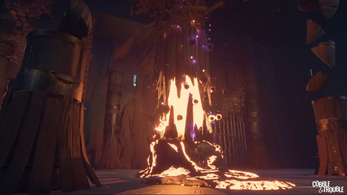 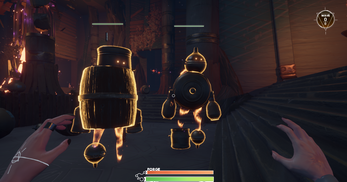 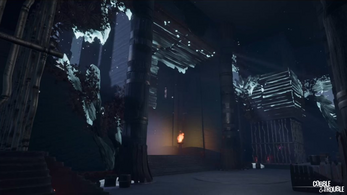